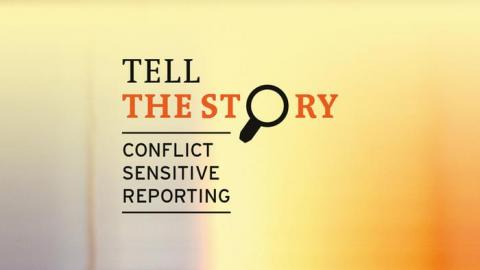 Pandemics are tough times and our mental health is prone to be affected due to the anxiety and stress surrounding us. While there are general reporting standards and guidelines for mental health reporting during normal times, MHFA India shares the opinion that special care should be taken in reporting during the time of pandemics. During pandemics, there is a high amount of danger, threat and uncertainty perceived by us. ‘Danger’, due to the rapid spread of the disease around us, ‘threat’, due to the fear that we might contract the disease anytime and ‘uncertainty’ due to the financial losses and other personal losses during the time of a pandemic. Keeping in mind the sensitivity of the situation media houses can practice more sensitive reporting so as to reduce the panic and distress among the public. In worst cases, misinformation or misunderstanding of news can cause the worsening of a mental health condition in a person. As our mental health is also important as our physical health for our wellbeing, MHFA India would like to share some recommendations on sensitive news reporting during times of crisis.

In the case of COVID pandemic, as soon as the outbreak started growing in India, most media houses started reporting on the number of affected people and deaths across the globe. Precautionary measures on how to stop the transmission of virus were also widely spread, but the focus on the mental health issues came much later. Even today, while the majority of the news articles are mainly on the morbidity and mortality of COVID, mental health effects occupy a very small column among this. It would be of great service to the public if articles, and interviews on mental health were published/shown every day alongside the other COVID news articles so as to strengthen the spirits of the readers/viewers.

Addressing fake news pandemic: Another pandemic that we are facing along with the COVID is that of fake news. Media files and text messages are spread like wildfire across the globe encouraging people to try ‘home remedies’ that can ‘kill the virus’. Some individuals on youtube handled this issue well by specifying each fake news individually and explaining why it is fake. Very few TV news channels and print media gave warnings about the rise of ‘fake news’ on digital platforms but mostly only those were summarily denied by the government. Conventional media has far wider reach than digital media in our country, so if debunking of fake news is taken up by the mass media even more seriously, it will help in curbing down its spread.

Use Anonymity: People with mental illness deserve their privacy, but it is hardly shown in news reporting. Even during the time of COVID, some media houses enthusiastically report the death of victims with full identity, especially that of substance abuse. The deaths of people who seek ‘high’ through other drugs since alcohol is not available to them during the lockdown period are trivialised and diluted due to such news articles. If reporters and the media houses can be vigilant about masking the details of individuals such as names, addresses, photographs, caste, and religion it will prevent unnecessary controversies.

The validity of the resources when giving suggestions: Media is abuzz with numbers and discussions on mortality and morbidity details about coronavirus infections. Different sources are used for this information and different numbers are discussed. The information overload to the public causes confusion and anxiety instead of awareness about the disease. If the media can use streamlined and authentic sources such as the WHO or the Ministry of health, it can prevent such anxiety and confusion among the public.

MHFA India recognises and appreciates the work carried out by reporters during this time of outbreak despite the high risks involved. However, it is also important for the reporters to recognise that mental health is as important as physical health and report sensitively during this time keeping in mind the mental wellbeing of our community as a whole.